Fort William, the “Outdoor Capital of the UK,” is the largest settlement in the Scottish highlands and a paradise for outdoor enthusiasts. Located on the shores of Loch Linnhe and close to Ben Nevis, the highest mountain in the British Isles, Fort William is the perfect place for rock climbing, quad biking, kayaking and canoeing, hill walking, golfing, fishing, white-water rafting, sailing or just relaxing on the beach. It also boasts a very popular downhill mountain-bike track and annually hosts a round of the Mountain Bike World Cup. There’s plenty for those less “outdoorsy” as well, including the Ben Nevis Distillery, one of the oldest distilleries in Scotland; numerous shops and restaurants; the West Highland Museum; Inverlochy Castle, dating back to the 13th century; and the Jacobite Steam Train, more popularly known as Hogwarts Express in the Harry Potter films. 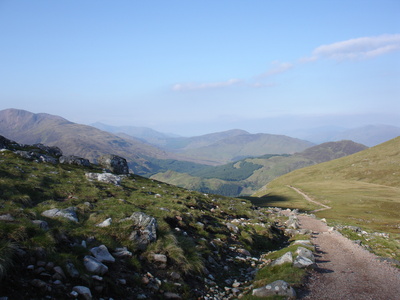