The Orkney Island archipelago lies just off the mainland of Scotland, and of its 67 islands, only 29 are inhabited. The capital of these sandstone islands is Kirkwall, situated on Mainland Island, the largest in the group. For hundreds of years, the Norwegians occupied the islands, and many of the towns' names are Scandinavian in origin. The ruins of many prehistoric settlements remain on the islands including Skara Brae, a Neolithic village which dates back to 3000 BC. 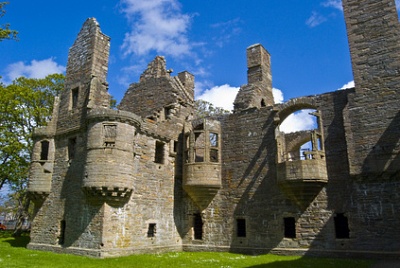