Menorca, or Minorca, the second largest of the Balearic Islands, is best known for the Port of Mao, the second largest natural deep-water port in the world. Mao is also the island’s capital and is notable for its bars and restaurants. Many visitors come to Menorca to examine its collection of prehistoric remains. There are numerous megalithic stone monuments, as well as navetas, cottage-seized structures shaped like upside down boats that are thought to have been dwellings or tombs. The island offers many spectacular beaches, such as Son Bou, with over two miles of sand, as well as a variety of restaurants, clubs and bars. 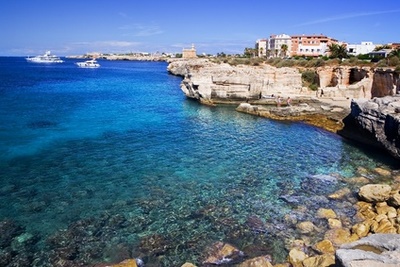