San Francisco, CA lies about 90 minutes southwest of Sacramento and six hours north of Los Angeles. Reno and Carson City, NV, are within a four-hour drive. San Francisco is a popular international tourist destination famous for its steep hills, summer fog, diverse mix of Victorian and modern architecture and its famous landmarks, including the Golden Gate Bridge, the cable cars, and Chinatown. Pier 39, located near Fisherman’s Wharf, is celebrated as the third-most popular tourist attraction in the nation. The pier offers shopping, dining, street performers, an aquarium, the exciting RocketBoat ride and is the permanent home to hundreds of San Francisco sea lions. Visitors can also take a bay cruise and travel directly under the Golden Gate Bridge and get within yards of the legendary Alcatraz Island. 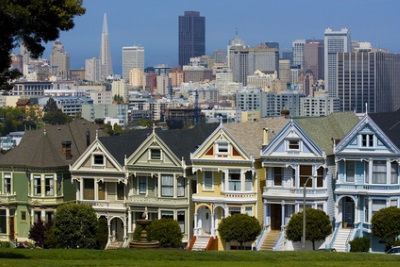 Language: English
Currency: US dollar (US$)

Driving Directions and Parking Information for the Port of San Francisco

The Port of San Francisco (Pier 35 and Pier 27) is located midway between the Bay Bridge and Fisherman's Wharf. This port does not have parking on site, but for other parking options please click here.

Traveling From the South - On 280 Northbound, exit at the end of 280 Freeway at King. Continue 3 blocks on King until it turns into Embarcadero. Pier 27 and Pier 35 are approximately 2 miles ahead to the right.